Cabin A: The Cabin A is essentially an A-Frame camper that is permanently in the upright position. This unit uses the interior size very well. The fit and finish is OK, and the materials used in the interior all look pretty good. A residential A/C unit cuts cost and weight. The bathroom is small but usable, and includes a commode with holding tank, plus a shower. My only concerns are that many Aliners have had their floors rot out, sometimes in only 2 years, and the structure seems very lightweight, almost to the point of being flimsy. It is very light for its size, has little carrying capacity, and it is rather expensive.
Note—Cabin A was building three different floor plans of the Cabin A in 2007. However, in late 2007, the Cabin A line was dropped from their lineup. Columbia Northwest, the manufacturer, was planning to taking orders for new units until the inventory of parts was exhausted.

Note—The Cabin A factory assures me that the floor problem has been solved. It started to show up with 1999 models, and the fix went in at the factory in 2001. New units are not affected, but do check this out if you are looking at a used unit. 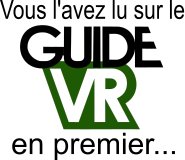